Napdragon is a difficult boss in early game and is not likely to be defeated until the player is at least level 30, because the Napdragon has 10,000 hp. Otherwise, prepare for a very long battle. Make sure to have strong equipment. It is suggested to make own your weapons, like a Top-quality Gold Claymore. Invite two allies to your party, or play multiplayer with two friends. If you are going to take on the Napdragon with allies, it is suggested to bring along Odin, as he is pretty powerful, but he has bad defense, despite his armour. It would also be helpful to bring along King Erik or even Dragonslayer. but it is a good decision to take out an ally that can attack from far away, like Yuelia, Daimen, or Noelia. You should take Yuelia with you, as she can heal you. If you have some longswords, bring them as they can be useful because of quick attack time. When the Napdragon is about to breathe fire, you should try and move forwards, towards him, as the fire cannot actually touch you when you are there. If you are about to be burnt, then pull up your shield or move out the way. It is a good idea to bring along some Gold armour, a Golden Claymore/Longsword, and if you can, a bow. Make sure you assign lots of healing items in your pouch before the battle, so you don't have to add them in the heat of battle. If you are injured, let your allies do the work, and wait for Yuelia to heal you. Or, alternatively, take a healing item. If you're on low health (say the red zone) use a bow if you have one. 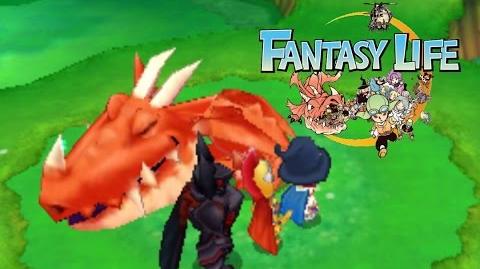